The visionaries
It all started 50 years ago.
Gordon Moore formulated the conjecture that the new technology of photolithography on silicon would allow increasing the component density exponentially for an indefinite number of years.
At Stanford University, two Computer Science research laboratories were opened: at one end, Douglas Engelbart devised to augment human mind by computer tools; at the other end, John McCarthy foresaw an artificial intelligence that exceeds the human one.
J. C. R. Licklider first, Lawrence Roberts later envisioned a global computer network that could be connected one day, wirelessly, also to personal devices.
[…]

50 years later…
Fast-forward to today.
Moore’s law still seems to hold: everything has changed, but we are still observing an exponential growth of the power of computer systems.
[…]
Over one and a half billion humans live symbiotically with a personal computer, called “smartphone”, which has a multimedia interface and a permanent connection to a global network. They depend on it for communicating with other humans, expressing their emotions or experiences, choosing where to go, eat, sleep, shop and pay, for being informed about the world and their own community, deciding who to vote for.

The future
The visionaries’ eyes sparkled, envisioning a future where we would have lived more thoroughly, where, with the help of computer science, we would have augmented our intellectual abilities.
We do not know where this world, midway between being physical or immaterial, will go; we only perceive it is going faster and faster.
Rephrasing Clemenceau: [the digital world] “is too serious a matter to entrust to technologists”.

Watch the video gallery and relive the highlights of MIX Salotto 2019!

Check the photo gallery!
Ask for high resolution images, sending the list of the codes of your favourite pictures
to info@mix-it.net 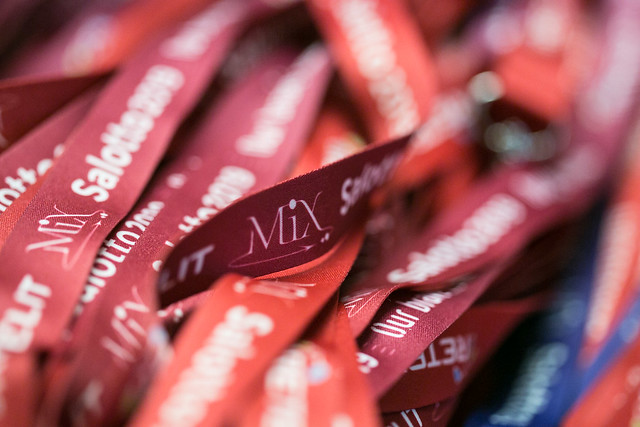 From 9:30 am | Registration and welcome coffee

This year we play at home! MIX Salotto is waiting for you at the brand new Sheraton Milan San Siro Hotel , right next to our headquarter.
The spacious halls, with their contemporary style and natural light, will be the perfect setting for our annual event!

Would you like to stay at the Sheraton Milan San Siro Hotel?
Send an e-mail to media@mix-it.net to know how to book at the Salotto discounted room rate.

Parking
Paid parking upon reservation at the hotel or in the street, in the blu lines

The full list of participants in the meetings one to one is available only for the persons registered for this session.
475 registered participants representing the following 202 companies

For further information, please send an email to media@mix-it.net

This website uses cookies to improve your experience while you navigate through the website. Out of these, the cookies that are categorized as necessary are stored on your browser as they are essential for the working of basic functionalities of the website. We also use third-party cookies that help us analyze and understand how you use this website. These cookies will be stored in your browser only with your consent. You also have the option to opt-out of these cookies. But opting out of some of these cookies may affect your browsing experience.
Necessary Always Enabled

Any cookies that may not be particularly necessary for the website to function and is used specifically to collect user personal data via analytics, ads, other embedded contents are termed as non-necessary cookies. It is mandatory to procure user consent prior to running these cookies on your website.